Long before the city of San Diego was so named by the explorer Sebastian Vizcaino in 1602, the first European explorer to set foot on the west coast named the newly discovered land San Miguel. Iberian nautical explorer Juan Rodriguez Cabrillo (March 13, 1499 – January 3, 1543) was the first European to discover modern-day California, traveling from New Spain (modern day Mexico) to the state’s coast in 1542. The Viceroy of New Spain appointed Cabrillo to head an expedition up the Pacific coast in search of trade opportunities, possibly to find a route to China (since the northern Pacific’s full extent wasn’t known), or to locate the fabled Strait of Anián (or Northwest Passage), which connected the Pacific Ocean with Hudson Bay. Cabrillo constructed and was the owner of the venture’s flagship, the San Salvador, therefore he stood to gain from any trade or loot. Cabrillo landed on what is now Point Loma in 1542 and named this new territory after the patron saint for the date that he set foot on the Ballast Point landing on the east side of the peninsula. The indigenous Kumeyaay natives thrived here for 12,000 years before Cabrillo, but a quiet period of 60 years after Cabrillo passed with no further Europeans expansion so the area named as San Miguel had no one to popularize the term.

On his voyage, Vizcaino crossed a sizable bay on November 5 of 1602 and gave it the name Ensenada de Todos Santos, today’s Ensenada, Mexico. On November 10, he then came to a new bay and surrounding territory that he described as “the finest in the entire South Sea since, apart from being secure from all winds and of good depth, it is in 33½° north latitude, it has very fine and abundant water, firewood and all varieties of fish . . . and in the surrounding country there is much game including rabbits, hares, deer, very large quail, ducks, sparrows and other birds” https://sandiegohistory.org/journal/1972/april/vizcaino/ ). Cabrillo’s landing came exactly 50 years after Christopher Columbus’s arrival in the Americas and another 60 years before Vizcaino, landed in his galleon at Ballast Point on December 12, 1602 in Point Loma on the feast day of St. Didacus, also known as San Diego de Alcalá. Coincidentally, his ship was called San Diego and hence the region received its new name. After Mass was said, labor got under way and soon a group of 100 Indians appeared nearby on a hill, yelling, carrying bows and arrows, and wearing feathers in their hair. Members of the expedition were sent forward to placate them and bring them back at Vizcaino’s request. Vizcaino, his son Juan, and Captain Esteban Peguero met the Indians as they descended the hill. As they got closer to Vizcaino, the Indian ladies began to weep; he hugged them and told them that the expedition had arrived in peace. 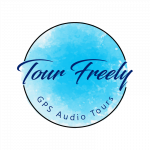 After Vizcaino’s brief stay here, San Diego was virtually abandoned and his efforts to develop the area were curtailed by his other duties as Alcalde Mayor of Tehuantepec, Ambassador to Japan in 1611, and military commander in Jalisco but he continued to urge its settlement. However, Vizcaíno’s voyage marked the end of official Pacific exploration to Alta California until the age of the British Captain James Cook—some 166 years later. Despite the friendly relations that the Spanish voyages of both Cabrillo and Vizcaíno had established with the native inhabitants, no forms of trade or settlement were achieved. The founding of Mission San Diego de Alcalá did not take place until July 16, 1769 when Junipero Serra established the California Mission with this mission being the first along the El Camino Real.

Juan Cabrillo died shortly after landing in Alta California and his remains were later found on San Miguel Island, one of the Channel Islands. Vizcaino successfully completed his mission and returned to exploration of New Spain and he died in 1624 in Mexico City.

Few are aware of Cabrillo’s landing in San Diego Bay nor that his arrival on St Michael’s feast day could have resulted in today’s San Diego being named San Miguel. A 60 year gap between explorers led to Vizcaino re-naming the bay and the city as San Diego because of the name of his ship and celebration of San Diego de Alcalá feast day. Today, there are two San Miguels in California with the first being a village in San Luis Obispo County where 2,336 people were living in 2010. The other, the westernmost of California’s Channel Islands, San Miguel Island is situated in Santa Barbara County, across the Santa Barbara Channel from Santa Barbara, California, and is the sixth-largest of the eight Channel Islands at 9,325 acres.

You can see for yourself the historical sites of yesterday’s San Miguel and today’s beautiful San Diego that Cabrillo and Vizcaino discovered by taking the TourFreely San Diego driving tour that uses GPS technology to guide you starting at Mission Bay then to Cabrillo Point, downtown, Balboa Park, Old Town then to the popular sandy beaches including La Jolla.